It's easy to focus on the positive since there are a lot of living solutions happening out there right now. Solutions that people are implementing with their ingenuity, their time, and their knowledge. Urban farms are sprouting up. Seed banks and exchanges are happening in communities. People are composting and Americans are gardening again, growing the GDP by an estimated 21 billion dollars.

Recently, the USDA even halted the approval of GE sugar beets. A victory for the Center for Food Safety and citizens everywhere that are concerned about what they eat. 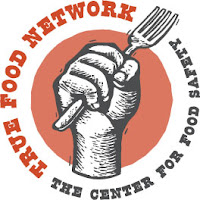 If you're wondering what to do next, here's a recent call to action that needs your help.

"This week (August 12) a Russian court ruled that the world’s first seed bank outside of St. Petersburg, Russia may be destroyed in order to make way for a housing development. If allowed to stand, this decision will have a catastrophic impact on global plant diversity. Called a “Living Library”, the Pavlovsk Experimental Station [1] is widely considered the "crown jewel" of agricultural biodiversity, since 90% of the collection’s varieties are not found anywhere else on the planet. [2]

Scientists around the world are calling the decision an assault against biodiversity and the memory of the bitter struggle that kept this renowned seed bank alive during the darkest days of World War II. Founded in 1926 by Russian agricultural scientist Nikolai Vavilov, the Pavlovsk Experimental Station, became an icon of human perseverance when 12 Soviet scientists made a stand, choosing to starve to death rather than eat the precious seed and plant collection [3] as Nazi soldiers killed more than 1.5 million Russian soldiers and citizens during the grueling 900-day siege of Leningrad between 1941 and 1943. [4]"

And here's the petition that you need to sign!

While you may wonder, "What does a seed bank in Russia have to do with me?" the answer is pretty simple. We need to preserve seeds around the world because we are losing plant diversity fast. Diversity is needed to ensure survival of crops, that means food crops too. Also, seeds contain the traits that we need to continue growing food successfully with the changing weather conditions caused by global climate change. They also have the answers to our health problems too, in that studies have shown that when people eat traditional varieties of crops - those not bred for high gluten, sugar, or other qualities - that people's health improves. Not to mention, with the release of genetically modified organisms into our environment, we're going to need untainted, pure seed stock, in the future. It's true.
Posted by Farmer Jane at 4:04 PM No comments:

Time to Get Real

So there aren't as many hours in the day as I had hoped for. Not today. Not yesterday. Not in the past several months. Time has been flying and with it, information zooms in and out. I get so many emails these days it's hard to file all of the info! Urban farm started in (fill in the blank), celebrations of food, new government funding and other great victories. Or, scarier stuff, like the recent beef recall in California, (oh wait, I meant this one), Google jumping in bed with Verizon, and the news that "wild" GM canola plants have been found on the side of the road in North Dakota, doing just fine. It's all in there with the oil that keeps gushing and reports that the dispersants certainly won't harm wildlife. Life is full, friends.

In between book events, interviews, growing some food, cooking meals, the radio show and helping pull together the Eat Real Lit Fest, I do declare that I am pooped. But in an energized kind of way.

At least I find it's easy to ground with good food and good people in times of overwhelm. Know that in this busy life, perhaps our highest goal should be to simplify. But then again, it's hard to slow down when the clock keeps a tickin'.
Posted by Farmer Jane at 9:24 PM No comments: